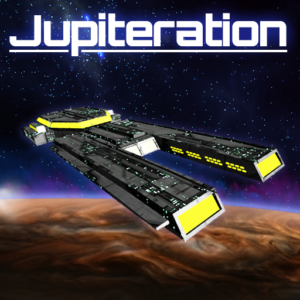 Jupiteration revolves around stranded space craft pilot, who has to shoot his way from hostile environment full of enemy UFO’s and large boss space crafts.

Explosions and enemy parts flying everywhere.
There are several weapons that unlock while progressing through the game and some abilities are upgradable. Laser pistol, Sniper gun, minigun & more.

Using shield to deflect or dodge enemy attacks, upgrading your main pistol and using “pick up” weapons that have only limited amount of ammunition.
You will progress thru several levels until you destroy the final boss.

The game was designed ground up for VR and the best user experience. 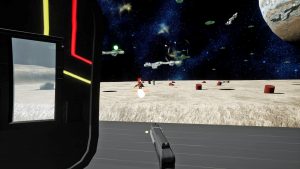 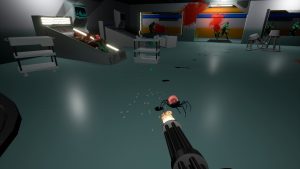 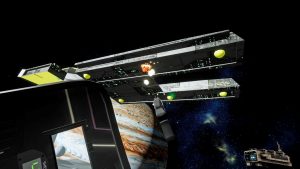 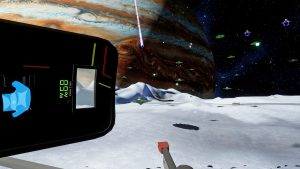 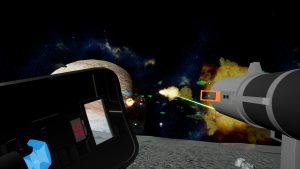